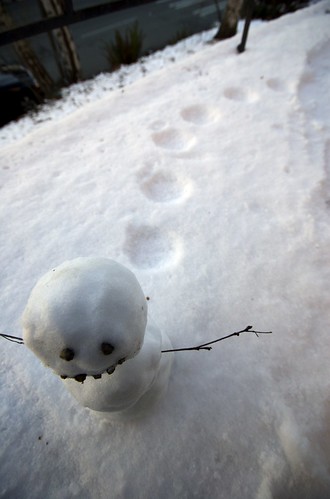 This is a 12 image story about Mr. Frost's day. Excuse the horrible and cheesy writing but it is 3 am right now and I need to get to bed.

Go here for the story.

I don't really know if this count for the UW LJ group but they were taken near campus and on the Ave and I'm a student.

Anyone taken Q SCI 381 - Intro to Prob and Stats? Is it hard? How calculus-based is the math?

Also, are there any Aquatic and Fisheries Science majors out there who can tell me if there is an alternative stats class that I can take to fulfill my math reqs? I've taken MATH 144 and am in MATH 145

Another thing...what's the significant difference between the CHEM 142 series and the CHEM 120 series? I took chem in high school and did not enjoy it. I hated it only slightly less than math. How math-y is CHEM 142 vs CHEM 120?

Hi folks. To whomever parked his/her car in the area of 50th & 16th (that part of Greek Row): if it is your car whose alarm has been going off for the past ten-fifteen minutes, I beseech you, as a tired, sick student with lots of homework left to do, to please turn off the alarm.